The History of North Fayette


North Fayette Township is a township that is known for its farming and coal mining activities throughout the late 19th and 20th Centuries.

Those who settled in North Fayette found that its terrain and fertile limestone soil produced fine crops. This area, which also traversed a portion of Imperial, was rich in petroleum, natural gas and coal. North Fayette, at one time, was one of the richest regions of bituminous coal.
The Montour Mine (located on the old Montour Run Railway in Imperial), Dickson Mine (located at the top of California Hollow just under the entrance to West Allegheny Middle and High School), Santiago Mine, and Cliff Mine operated in North Fayette, along with many others, with the majority of the coal being extracted primarily along the Montour Railroad line. 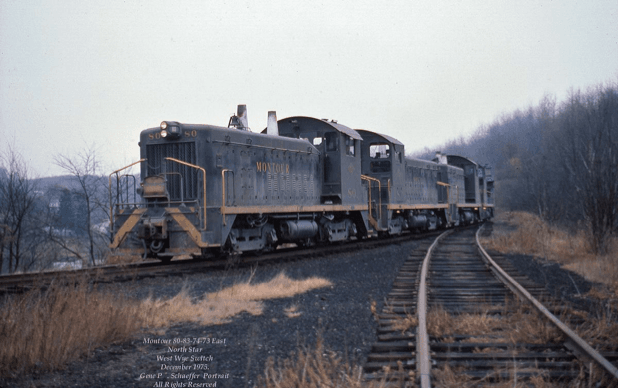 
The Montour Railroad was one of many short line railroads built in the late 19th century to haul coal from rural western Pennsylvania to the steel industry of Pittsburgh and beyond. It was built primarily to provide a transportation system for the Imperial Coal Company. Imperial Coal was located at the northern end of North Fayette in Imperial.
On the other side of the Township was the Pan Handle Railroad. The Pan Handle Railroad was built several years earlier than the Montour Railroad in 1868 and traversed the eastern boundary near Oakdale. Both the Montour Railroad and the Pan Handle Railroad have been converted to non-motorized multi use trails. The Panhandle Trail connects to the Montour Trail between the village of Primrose and town of McDonald and ultimately links to Washington, D.C., via the Great Allegheny Passage and C&O Canal Towpath.

Railroads were one form of transportation in the Township's history, but we also have the historic Pittsburgh Steubenville Turnpike which crossed the Township from the northeast to the southwest and was much traveled between Steubenville, Pittsburgh, and points west. Numerous hostelries were established as shopping places along routes such as this one and also Route 30 to East Liverpool, Ohio.


Many of our small villages and housing plans in the township have brief, but historic significance. The historic Glen Gormley, was a hostelry built in 1852 as a stage coach stop by Andrew Pierce. This hostelry was reportedly an Underground Railroad stop during the Civil War as well. In the town of Santiago, the town was originally called North Star. North Star was chosen as the name of a stop on the Montour Railroad (also the area in which the old North Star Hotel on old Steubenville Pike stands). After the Spanish American War, the town renamed itself Santiago, although locals call it San Diego. Santiago was named such by its residents during the Battle of Santiago of the Spanish-American War of 1898. 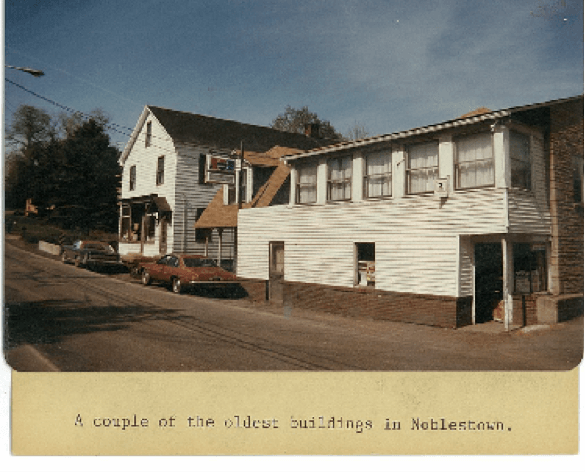 Noblestown, once known as Noblesburg, was one of the oldest towns in this area of Allegheny County according to reports found in "History of Allegheny County" published by W Warner Co. The town was established in 1773 and derived its name from Col. Henry Noble who built one of the first flour mills in the township dating before 1800.

Other names either in or surrounding North Fayette have derivatives. They include Montour Run, named from an Indian of three-quarter blood called Henry Montour; Jeffreystown, established by Samuel Jeffrey and was known as the first town settled in this community, Enlow, from the old Enlow family; and Sturgeon, from Henry Sturgeon. The Noblestown post office was established in 1828 in the most eastern portion of the township. Post offices with the names of Shirland and North Star were established in 1850 and 1877 respectively.


North Fayette Township is a diversified community consisting of 27 square miles including a mixture of rural and urban lifestyles. The center of the Township is located 15 miles from Downtown Pittsburgh and 10 miles from Pittsburgh International Airport.

North Fayette Township is part of the West Allegheny School District and home to Pittsburgh Technical Institute, Community College of Allegheny County, and the Pointe at North Fayette Shopping Center.
The Township is a composition of many contrasting yet compatible features. The anticipated expansion of services and land development holds a future that promises to offer even more. North Fayette Township is definitely a great place to live, work and play. We encourage you to follow the links at the top of the page to find out various information and what is going on in the Township.